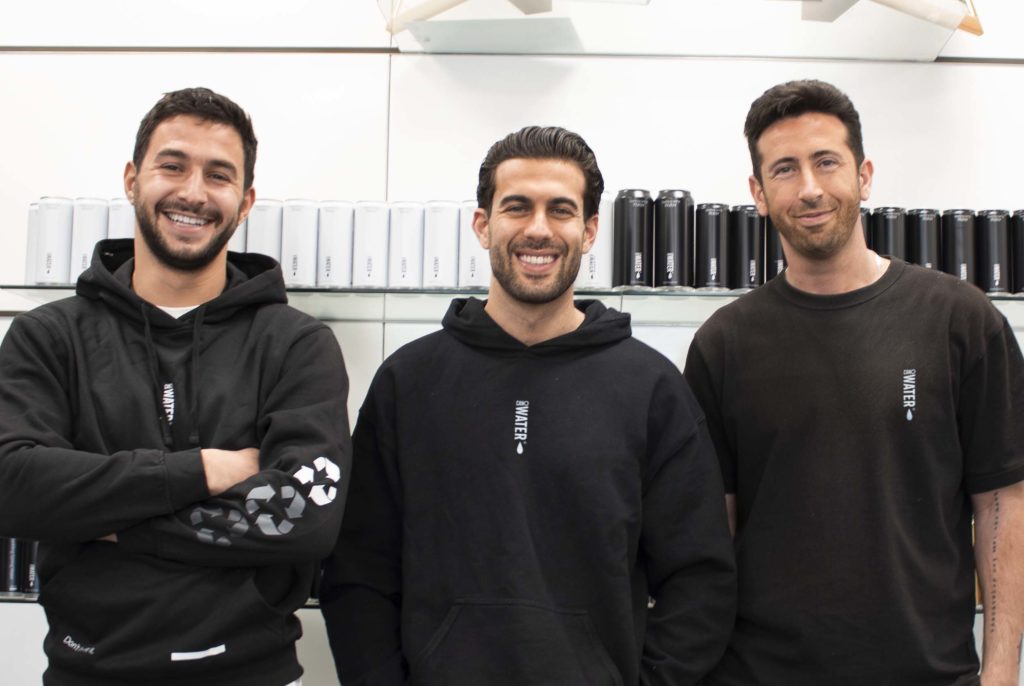 Walking along a remote island beach in Thailand should be the stuff of dreams. But for three best friends, it was an alarming wakeup call, when we saw first-hand the pollution created by single use plastic bottles.

We created CanO Water in 2015, before there was widespread awareness of the problem we now all know too well. The first 3 years were incredibly tough due to canned water being judged as a ‘gimmick’. The truth is that cans are the most recycled and recyclable packaging on the planet. They’re infinitely more recyclable than plastic, and a recycled can could be back on the shelf and in your hands in as little as 60 days after being sent for recycling.

In 2019-2020 we were proud to sell over 10 million cans. CanO Water is stocked in all major supermarkets including Tesco, WH Smith, Morrisons, Waitrose and many more. You’ll find us being drunk everywhere from Royal Weddings to red carpets (we even made it to the Vanity Fair Oscars Party in LA), and at legendary landmarks including Buckingham Palace, Lords Cricket Ground, London Zoo and the Houses of Parliament.

It’s been incredible to see something that started on a beach in Thailand, turn into something that’s making a real difference to our global plastic problem.

And to be recognised today by Forbes, this year, is truly exciting and marks the beginning of what we believe to be a simple yet revolutionary idea.

CanO Water is the underdog fighting against the giants who produce tons upon tons of single use plastic. We’re passionate about our cause, and can’t wait for more people to join us on our journey. Cheers to the millions of wave makers who continue to drink CanO Water and make our mission possible.

CanO Water® is a registered trademark of